What are the signs of a blocked drain?

A blocked drain can be a huge inconvenience, and if it is left for long enough it can become increasingly hard to ignore. It is important to know what to look for when you think you may have a blockage, and as soon as you notice anything that concerns you it is very important to call a drain technician to come and take care of the problem. If left for long enough, blockages can increase in size and cause a great deal of damage to your property, which ultimately ends up costing you more money.

Slow draining water is one of the biggest signs of a blockage, and if the blockage is particularly bad the water may not drain away at all. The resulting overflow of dirty water can pose a serious health risk, so it is important to call straight away and get the problem sorted.

Many blockages are caused by a buildup of substances that have been incorrectly disposed of, especially in kitchen sinks where food and oily substances have been washed down the sink rather than being thrown away in the bin as they should be. In this scenario, you may notice that the water does not drain quickly and there may be a bad smell coming from the drains.

Foul odors are very often the first indicator of a blockage, especially if there is a buildup of waste in the pipes. The waste will begin to rot over the time which can omit a bad smell, so if you are noticing anything that smells bad around the drains it is important to act straight away to prevent the problem from getting worse. We often also forget about the signs of a blockage that are in our external drains and manholes. You can check to see if there is water rising in these areas, which is often a strong indicator that somewhere on the property there is a blocked pipe. If this is the case, then it’s time to act and call Blocked Drain Bournemouth today.

A blocked toilet is often one of the easiest to identify, as you may begin to notice the water rising each time you use the flush mechanism, and on some occasions there may be an overflow of the water. If the blockage is coming from the sewage system, the toilet will overflow with dirty sewage water which is a serious health hazard due to all the bacteria within the water that could contaminate your bathroom.

Sounds coming from the drains is also often an indicator of a blockage. Gurgling sounds from the drains, pipes, plug holes, or toilet flushes imply a blocked pipe somewhere, as the sound is made from the trapped air that is caused by the disturbance of a blockage being pushed through the systems.

Another important point in determining whether you have a blockage is if neighbours in the surrounding area are experiencing similar issues. If your neighbours are being faced with the same problem, there may be an issue somewhere in the public sewer system, in which case your local council would need to be contacted.

These signs are all cause for concern by themselves, but if you are experiencing multiple symptoms then the blockage may be much more severe than you realised, which is why it is important to call Blocked Drain Bournemouth as soon as you notice the warning signs, to avoid it escalating into a much bigger and more damaging problem that will cost you more time and money. 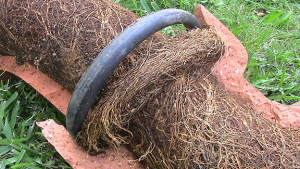 What is a collapsed drain?

When something goes wrong with your drains it can be a huge inconvenience and a big source of stress. But we forget that we often 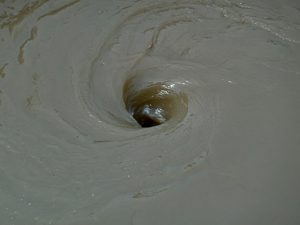 Where does my waste go?

It is very easy to take for granted our sewerage systems. We forget that there is an intricate system of drains and pipes that take